So apparently I had forgotten that I had linked my LinkedIn account to this blog thing, and the title of my last blog post probably subverted some expectations given the time and that particular flavor of social media stream. No, I wasn’t planning to quit my job, merely noting I was hoping to aim at getting something “out there” every two weeks or so. That was four months ago, so obviously I failed that miserably.

The last six to twelve months have been fairly odd. I like to think I’m pretty good at dealing with high stress on a single front at a time. There are essentially three “fronts” in this regard: personal life, work life, and my understanding of world events. One usually expects a little bit of stress from all three of these at any given time, but if more than one of them get into high gear I run out of steam pretty fast. Things on the world events front have been pretty horrible for the last two years or so, in case you haven’t been paying attention (I’ll likely get into this in another post). My habit of wanting to know what’s happening has not gotten along well with my hating pretty much everything that’s happening. This was at least manageable in my head in early 2017, but as work became an unpredictable roller-coaster is was a bit too much. In spite of my 2018 plans to keep up with at the very least a blog, I burned out back in March, but as things calm down at work, there’s room in my head for a number of things I’d actually like to do again.

So what’s “A Different Two Weeks?” This time it’s in reference to my recent vacation. A well-timed two weeks, at that, as it accidentally coincided with a role change at work. I’ve found vacations for a company where roles and ownership of certain domains are somewhat malleable tend to lead to coming back to what feels like a new job, and this is a pretty good time for that.

Like the traditional American home owner, I spent my vacation doing house things. Gutters were hung, a disposal was installed (and then fixed the next day), a miserable pile of bamboo and fence from the neighbor’s yard was cut down (with their assistance), shelf mounts were installed, planks stained, and a rattling fan that’s been annoying me since I bought it got fixed. All of this mixed in with dealing with the kids and an absurd amount of cleaning while Shoka worked on mostly kimono-related activities. By the end of those two weeks I was pretty well destroyed, but made an attempt to go out with a bang with a get together of the old work crew, which was an expectedly cathartic experience.

Unfortunately, just two days out from that, I managed to catch something that’s decided to hit me with a fever and stomach pains for the last 24 hours. I feel like I’m coming out of it, thankfully, but this does make me want to build in some recovery time for the next one of these “vacations” I end up taking. 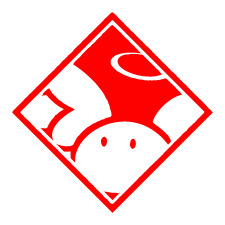